The reasons that move patients to modify their nose are many; they may be aesthetic or functional. The principal objective of a rhinoplasty is to contribute to the well-being of the person who has recourse to this type of surgery. Thus, a failed rhinoplasty can impact the patient very badly.

The result is perfect when there is nothing that would allow one to presume that there had been an intervention. The face of the patient should be harmonious.

The decision for such an operation should be taken alone without being influenced by a third person. The operation may be considered as of age 17, the age at which growth ceases. After age 60, the drooping of the nose tip signals aging and is often combined with a lifting.

Nasal reconstruction concerns patients who manifest a congenital malformation (cleft lip, cleft palate, etc.) or are victims of a physical trauma (sports activities, a blow with a fist, a road accident …). This type of intervention is relatively delicate because there is often a skin lesion, a scar, which can limit bone or cartilaginous support or cause it to melt away postoperatively.

It is bone and cartilage which are responsible for the characteristic form of the nose. Bone supports the upper half of the nose; cartilage the other half. The skin also plays a very important role: thick skin hugs with greater difficulty the cartilage at the tip of the nose.

The principle is to operate from the interior of the nose. Through this single incision, the surgeon will be able to:

There are many surgical techniques, but each surgeon will utilize his technique in order to obtain the best result for his patient and for himself. The surgeon will listen to your demands but will guide you so as to remain within the limits of what is practicable.

Rhinoplasty is performed under general anesthesia. The duration of the operation is around one hour.

At the end of the operation, a splint is placed and must be maintained for 7 days.

This is an intervention that does not cause pain.

The intervention gives an immediate result that might sometimes disturb the patient, but the swelling of the nose subsides and it continues to become more refined during the initial twelve months.

The outcome becomes final between the sixth and twelfth months after the operation.

Checkups after six months and after one year are necessary in order to evaluate the outcome of this operation. Small retouches are sometimes necessary. 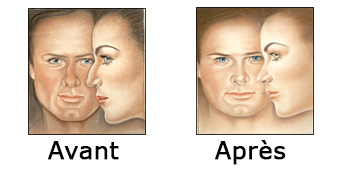